Ska fans, listen up! SiriusXM is presenting The Mighty Mighty Bosstones on tour this summer with Los Kung Fu Monkeys and Buster Shuffle.

What started in the hardcore punk scene with influences such as AC/DC, Social Distortion & Clash, The Mighty Mighty Bosstones found their stride in the world of Ska during the early ’90s. A genre that was not so popular to the mainstream at the time, the band was able to break through and find worldwide success with their fifth studio album, Let’s Face It.

Released in 1997, the first single off that album, The Impression That I Get, reached No. 1 on the Billboard Modern Rock chart and is still played today on SiriusXM channels like ’90s on 9 and Lithium.

With nine albums to date, the band announced that a tenth album is on the way, called While We’re At It, due to be released this year.

The two month SiriusXM tour will hit cities such as Toronto, Portland, San Diego, Houston, Detroit, Chicago and many more! Tickets will be on sale Friday, April 6.

You can hear The Mighty Mighty Bosstones on Lithium and Faction Punk. 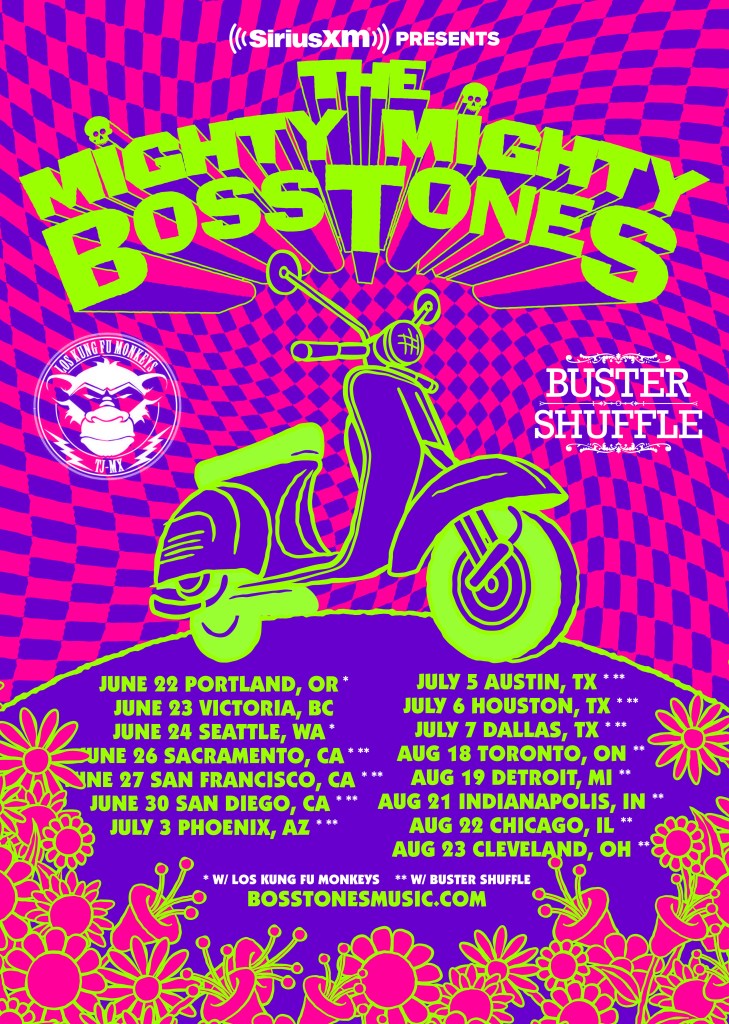 SiriusXM Is Showing Valentine’s Day Some Love With Exclusive Specials

Harry Styles To Perform For SiriusXM In New York City