NBA teams are in full training camp mode right now and as the new NBA season approaches, SiriusXM NBA Radio is previewing each team and what the 2016-17 will hold for them. NBA Radio’s experts and analysts have already broken down the top 25 players in the NBA and now they’re making their predictions for Most Valuable Player, Rookie of the Year, Coach of the Year, Defensive Player of the Year, Sixth Man, the conference champs, NBA Finals MVP and, of course, the NBA Finals Champ. Walk with Justin Termine, Eddie Johnson, Frank Isola and the rest of the NBA Radio crew as they give their predictions:

The King received nine MVP votes from the gang. In second? Russell Westbrook of the Oklahoma City Thunder with six votes. It’s no surprise LeBron James would top the list, especially considering the last time we saw him he was Hulk-smashing the Warriors en route to a Cavaliers championship.

Paul George, who spoke to NBA Radio about making MVP his individual goal for this season also received one vote. Most surprising? None of our experts gave Golden State Warrior Steph Curry any love in the MVP tally. 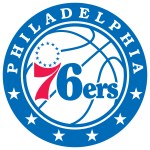 Rookie of the Year:

Simmons out of LSU wowed spectators and experts alike with his NBA-ready moves in Vegas during the Summer League. If his game translates to the Association the way it should? Look out Atlantic Division, Philly will be getting much better, much faster than expected.

Coach of the Year:

No real consensus in the COY voting. Snyder and Stevens are two excellent coaches and both the Jazz and Celtics will be vying for playoff spots come April. Not surprisingly, Minnesota’s new head coach Tom Thibodeau also received some votes. Thibs, armed with Andrew Wiggins, Ricky Rubio and the devastating Karl-Anthony Towns, will be appointment basketball.

Defensive Player of the Year:

No surprise here. Kawhi Leonard’s otherworldly hands, speed, height and range make him a player that can reasonably defense against anyone from Russell Westbrook to LeBron James. DeAndre Jordan of the LA Clippers and Rudy Gobert from Utah claimed the two and three slots from our NBA Radio panel.

Sixth Man of the Year:

Voter fatigue? That’s the only reason to explain why Jamal Crawford is not the favorite to claim yet another Sixth Man title. Still, Iggy does so much for the Warriors that it’s hard to argue with this choice.

Duh. Shockingly, two unnamed voters dissented against the OVERWHELMING majority, these two insurrectionists respectively picked Boston over Cleveland and the Los Angeles Clippers over the Warriors.

There he is. Mr “KD Is Not Nice” received an overwhelming majority of the votes for Finals MVP. No disagreement here, Durant’s range and size will make him an impossible matchup for anyone but LeBron on the Cavs.

Three brave souls picked Cleveland over the Warriors. While any team with LeBron James and Kyrie Irving should never be discounted, see this past season’s NBA Finals for evidence of that, Golden State should win the 2016-17 NBA Championship.