Discover country music’s up-and-coming stars at STAGECOACH 2018 on SiriusXM’s Spotlight Stage! For the first time ever, we’re hosting some of our favorite emerging acts and broadcasting sets from legendary artists as California’s country music festival returns Friday, April 27 through Sunday, April 29 for its 12th edition at the Empire Polo Club in Indio, CA.

SiriusXM will be broadcasting live from the festival with performances, interviews and behind-the-scenes commentary on The Garth Channel (Ch. 55) and The Highway (Ch. 56).

Festival passes go on sale Friday, Sept. 22 at 11 AM PDT at stagecoachfestival.com.

Check out the full lineup below! 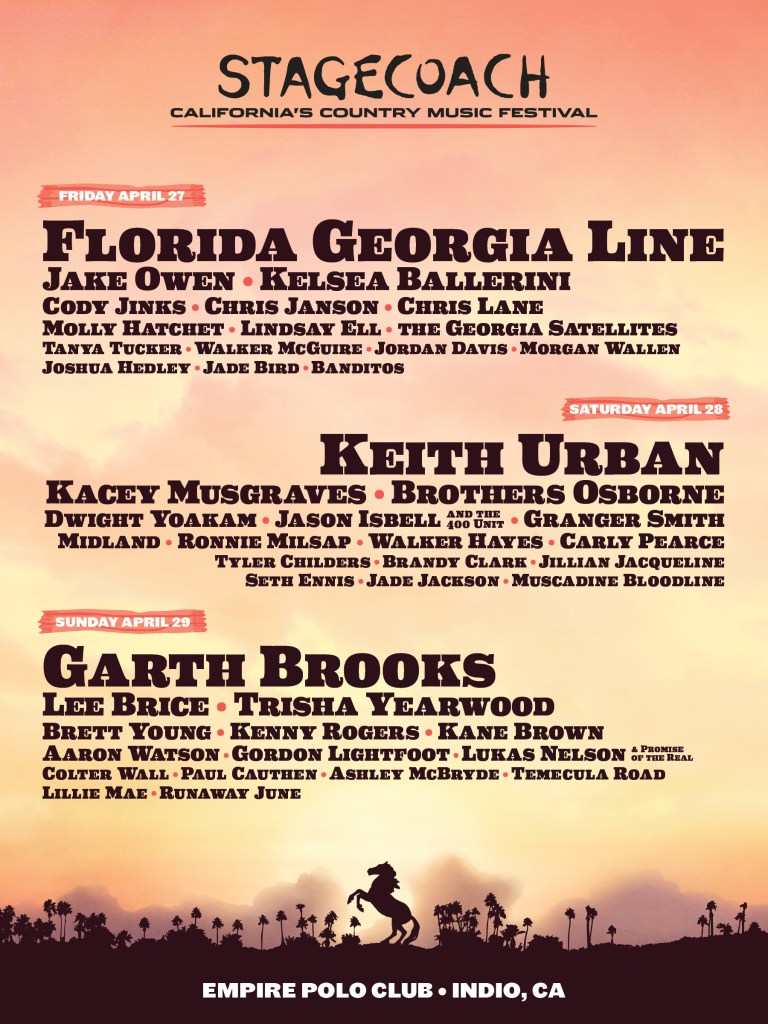 The soundtrack from Garth's life - and ours!